Commissioner Barbara Sharief had an unusual path to politics, but then again, most things in Sharief’s life have been unusual. She worked a full-time job during high school to support her family, was one of the youngest people in Florida to pass the registered nursing board and became the first African American and Muslim Mayor of Broward County, where she served two terms.

Sharief’s time as Mayor ended in 2017, but she remains an active and inspiring member of her community. Her work in healthcare and public service cements her place as a hardworking and driven facet of Broward County.

A South Florida native, Sharief’s sense of generosity was instilled at a young age. Her father, a clothing salesman, ran a food pantry, which showed Sharief first-hand the importance of giving back to her community. At 14, Sharief’s father died, and the family struggled to stay afloat. Sharief worked hard to get herself through high school, Miami Dade Junior College, Jackson Memorial Hospital School of Nursing and Florida International University. Her extensive education makes her a familiar face at FIU events and graduations.

Sharief serves as President and Director of Nursing of South Florida Pediatric Homecare, Inc., which she founded in 2001. The center has Broward and Miami-Dade offices and provides infant, child, adult and elder care from patient’s homes. The center also offers classes in subjects like basic wound care, detecting child abuse for healthcare professionals and nursing documentation. 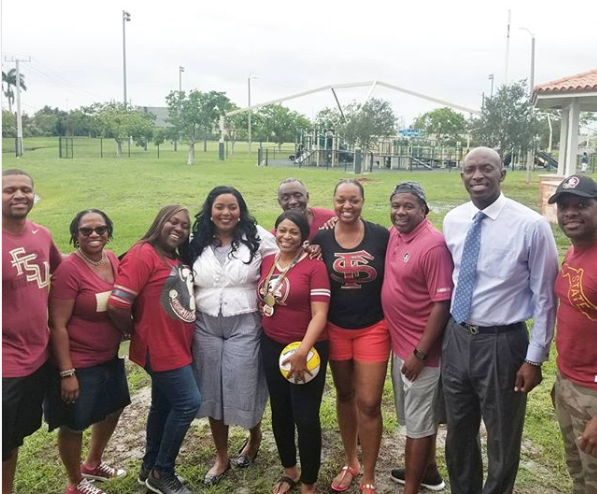 Sharief in the News

Her love of helping others soon translated into a political career. As Sharief told The Sophia News, she surprised even herself by getting into politics. “I never imagined myself in elected office,” she said. “I was always a community activist assisting friends or neighbors with information and issues. Owning a business really opened my eyes to the effect that local government can have on its residents. I became more involved and entered the political field based on my desire to help people and advocate for those less fortunate.”

The Woman Behind the Politician

Though her career in public service is impressive, Sharief is still a human. Mother of three daughters, Sharief is an active PTA member. And her Pinterest page, among boards of her public appearances and Broward architectural gems, has a collection of brilliant female singers like Beyoncé and Billie Holiday.

Sharief has made clear that Broward County is her home, and she wants the best for it. In every position she serves, from business owner to mayor, Sharief leaves her personal touch and keeps her community strong.

This commitment to community and to family is only part of Ms. Sharief’s popularity and helps explain why many analysts see the sky as the limit for her career.